Congratulations to Jackson Rienschield, Lancaster High School 2019, for choosing to serve our country in the US Army. It is an honorable decision and one that deserves loud applause and support.

Joining the military is a big deal for anyone, and Post 11 is very happy for Jackson and looking forward to watching him develop his career. He certainly works hard and we're certain that he will make a big impact for our country!

Jackson played 3 years for Post 11, 2 on the Junior team and 1 on Senior team. He is a Post 11 guy through-and-through and was an integral part of our 2018 Senior squad that landed their second straight ALB Ohio State Tournament berth. During the season he played in 21 games; had an OBS of .487 and a perfect fielding percentage. Bottom line, Jackson was a tough out at the plate and a guy that would always put up a tough at bat.

Beyond Jackson's success on the field, he was an great teammate. His attitude was exemplary, all of the time. He was always the first off the bench to help his teammates and the program. It didn't matter the job, Jackson would do it: He helped prepare our pitching staff by catching countless bullpens; always grabbed equipment; always picked-up his teammates; and always demonstrated an unrivaled work ethic and positive attitude. He was amazingly consistent.

Below is an interview with Jackson on his decision to serve our country in the US Army. Having the opportunity to observe Jackson's character and service mentality first-hand, his responses take on deeper meaning. Service, commitment and hard-work isn't just on the ball field, it's who Jackson is. It's his character. I'm honored to have been on a team with Jackson and know that our military, and any group that Jackson chooses to serve, will be better off. Jackson's responses are a great read and you'll see his character in his responses.

Congratulations, Jackson, and thank you for your willingness to serve our wonderful country!

To which branch of the military have you committed?  I have committed to the Army.

How does it feel to know that you’ll be serving your country and why? It feels great to know that I will be serving the country. I am committed to represent everyone that has helped me get to where I am today and I will serve proudly.

Will you have a specialty and how did you choose it? My MOS will be 68 whiskey, combat medic specialist. I chose this job because I have always wanted to go into the medical field. My job will also transfer into my civilian career. I am striving to be a firefighter after the military.

What do you know about your new leader(s)? And, how will you go about getting to know him / her and his / her staff and what they expect of a new recruit? I know little about my new leaders but I do know for sure that they give respect where it is due. I will get to know them by showing my upmost respect to everyone. I will also give maximum effort to be ahead in any challenge. Being a new recruit means that the higher ups have no expectations of me. I will have to make a name for myself.

What advice would you give other Post 11 players considering a military career?  The military is just another place where you can continue your athletic career. You are making a living by training and conditioning to support the country. The military also offers great benefits for you and your family.

Where will you be stationed and what do you think will be the first thing you do when you get there? For basic training, I will be at Fort Jackson in South Carolina. I honestly do not know the first thing I will do. I will write a lot of letters back though. For my job training I will be at Fort Sam Houston in San Antonio, Texas. I will hopefully have my phone so that will be alright.

Prediction – how much time do you think you'll cut off your mile once you're done with basic training? My 1 mile time is somewhere around a 6:30. I think I will cut 2 minutes off of my mile time. I am at least striving for a 4:30 mile, that’s my goal. 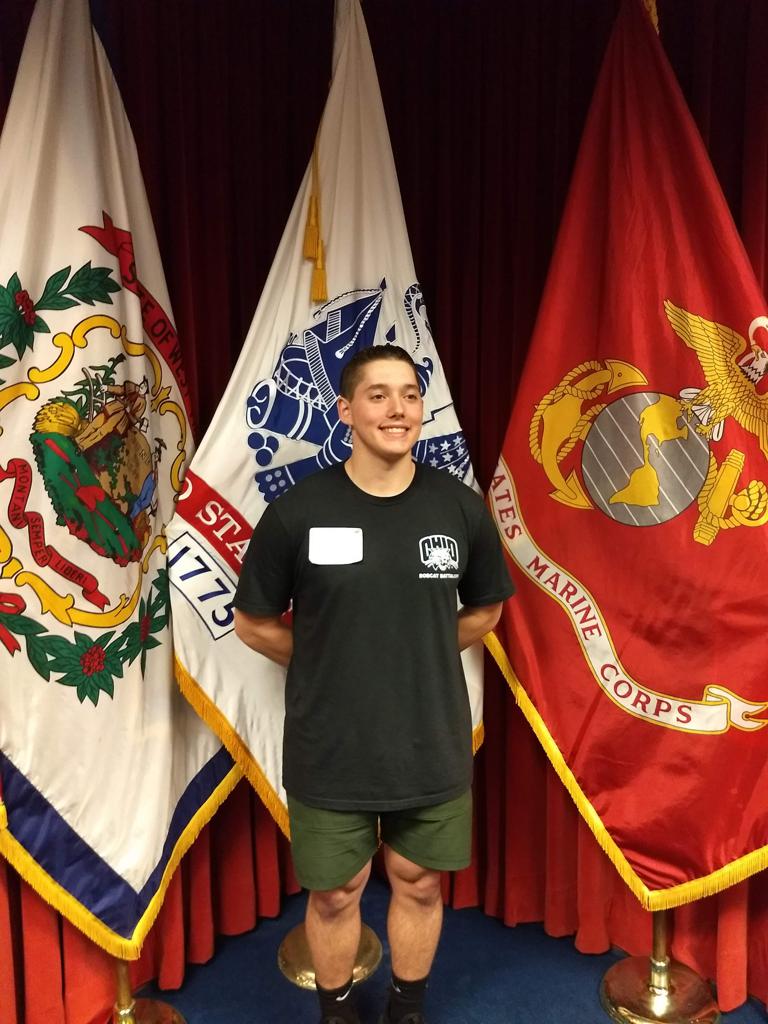